Dunster Railway Station is located just outside Dunster on the way to Dunster Beach. The train station has trains running from Minehead through station on to Bishops Lydeard and beyond. The station dates back to 1874 and was opened by the Minehead Railway.

The station is run and operated by West Somerset Railway. They run a few special services like the “Dunster Castle Express” train every Wednesday and Saturday from Bishops Lydeard (this starts in April and ends in October) and other special trains each December for the Dunster by Candlelight event. In addition to this they operate bus services between the station and Dunster Steep during the Dunster Country Fair and Dunster Show.

It is best to check the West Somerset Railway website to check for train times to ensure when you make your visit that you can catch a train to a nearby village. 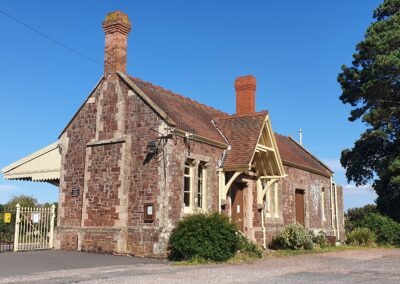 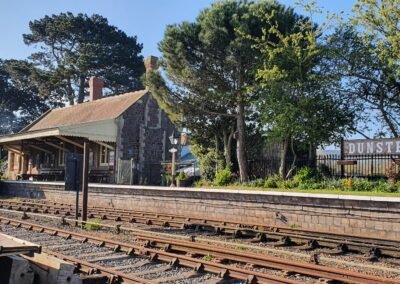 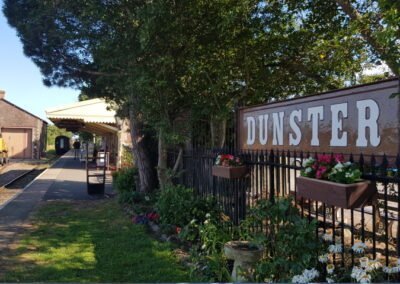 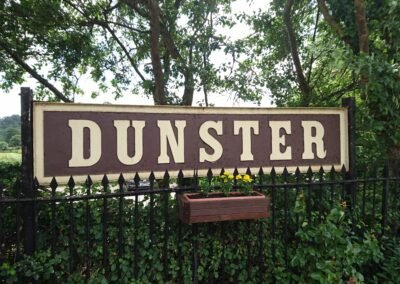 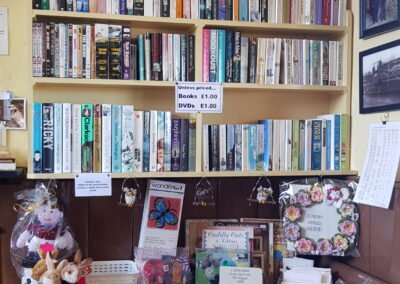 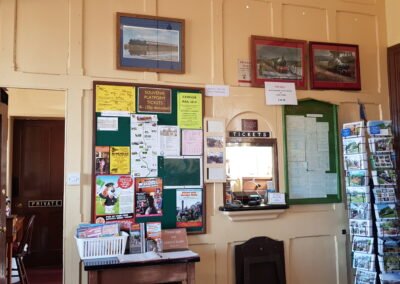 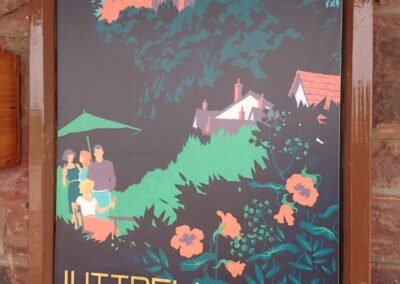